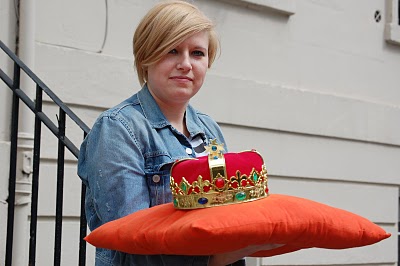 Do you remember the last time the music world sat up and took notice at what was happening at a Scottish independent record label?

Perhaps it was from 1997 to 2000, when Mogwai Young Team, Peloton, Come On Die Young and The Great Eastern came out via Chemikal Underground in consecutive years – four era-defining albums of a quality that will surely never be surpassed by the label.

Roll forward an entire decade and take a look at Euphonios. From 2009 to the present day, the label has brought out records by six Scottish artists – Unicorn Kid, Jocasta Sleeps, Brother Louis Collective, Kid Adrift, RBRBR and Three Blind Wolves.

Unicorn Kid subsequently signed to Ministry Of Sound and accepted a publishing deal with EMI, while Kid Adrift signed to Island Records. In February 2010, Euphonios announced that they would be releasing a single by Glasgow duo Midnight Lion. Within a month they too had been snapped up by Island.

Of course, signing to a major label is by no means a guarantee of quality, but rest assured the movers and shakers of the music industry are paying very close attention to a Scottish label for the first time in about 10 years. And it’s that incredible conversion rate of turning unsigned songmakers into full-time musicians which has made its founder one of the most trusted talentspotters in the UK.

Euphonios’ world is about to turn upside down. While Jen has made a habit of polishing rough diamonds into major-label gems, she’s wilfully reversing that trend after persuading Torrance singer-songwriter Tommy Reilly to let her release his second album.

The Channel 4 Orange UnsignedAct talent show winner was dropped by Polydor after selling just 5,000 copies of his debut Words On The Floor, a suicidal amount for a major label album. But when asked if she can better that, bearing in mind her marketing budget is comparatively non-existent, Jen doesn’t flinch.
“Absolutely,” she declares. “The fanbase is already there which actually makes it slightly easier. But it’s also a lot more work.”

Hello! I’m Tommy Reilly, which comes out on June 14, will be Euphonios’ first ever album. Her label may be about to head into uncharted territory but Jen – who also works as a promoter for DF Concerts, manages Unicorn Kid and MOPP, and scouts for Fiction – doesn’t seem at all anxious. So what does she put her success down to?
“I tend to be quite lucky in that I catch bands quite early on,” she says. “There are a lot of things that you’ll pick up as a scout or as a manager, or just as someone who is a music fan and reads a lot of blogs. Putting out records is just my hobby. I do it to springboard bands and get them on to larger things.”

While a host of Scottish artists have found themselves clutching major record deals in the past couple of years, Jen believes there is a fine line between those who ‘make it’ and those who don’t.
“You tend to find it’s all bubbling in London for a while,” she explains. “Sometimes Scotland can be a bit slow to pick up. Because there are so many good bands in this country, a lot of people don’t actually understand what it takes for someone to get signed. Two bands could be very similar yet one will get signed and the other won’t – and there’ll just be that little something, whether it’s that spark or their attitude, how they portray themselves, or their understanding of everything.” 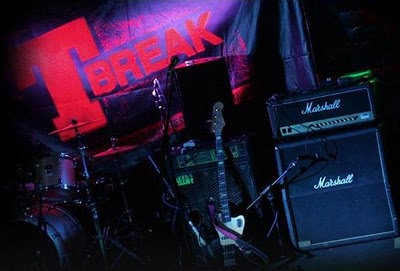 Jen, who helped sift through 1,300 demos for this year’s T Break competition, insists timing and momentum is crucial for a new band with stars in their eyes.
“Everybody wants to get signed but it’s all about little steps,” she says. “I’ve told so many bands not to play T Break even if they get offered it. It could actually do them more damage than good. You want to be on a roll when you go into something like that. You want to have a single out, or have gained a certain amount of press or radio play, because that opportunity might never come around again. If you play one year, you’re very unlikely to do it the next year.”

As if she isn’t busy enough, Jen is planning to launch another label called Toodee And Plex which will be solely for unsigned Scottish bands who, in her words, “don’t know much about the music industry”. Conscious of Euphonios’ burgeoning reputation as a feeder label, the 24-year-old isn’t prepared to risk blemishing its high stock with acts who are not quite ready for the big time.
“I think it’s important to split the two up,” she says. “I want to release a lot of things and help a lot of Scottish bands. But if I release too much on Euphonios then the A&R who look at the label as it is are going to say, ‘We’re not sure about this’. At the moment, all the A&R for labels and publishers look and say, ‘That signed. That signed. That signed. What’s next?’ Unfortunately, the music industry is such that very few unknown bands get signed. Months, if not years, of work go into it to get to that level.”